Here is WN6HPF running a crystal-controlled (due to budgetary constraints) HW-16 in 1974/1975. All that power was funneled to a roof-mounted trap vertical antenna. Numerous contacts were made, anyway...

Moving up in the world, with a TS-940 and half-kW amp. The Mosley PRO-67 yagi seemed to absorb as much power as it radiated, however. 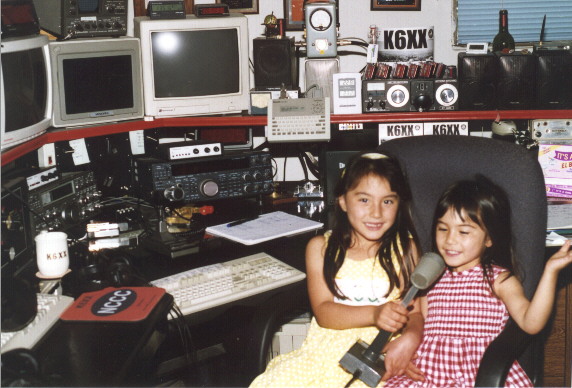 The new century brought a new QTH. While dealing with paperwork and contracts for building a proper new shack (with an accompanying house), this true shack served as an operating position. Too hot in the summer and cold in the winter, the mountain top antennas outperformed anything previously available.

Here the new shack is under construction. The bench is pulled away from the walls 24 inches for access. The frame is standard dimensional fir and the top is two layers of plywood topped with red oak. After this is finished, what will I use as an excuse?!